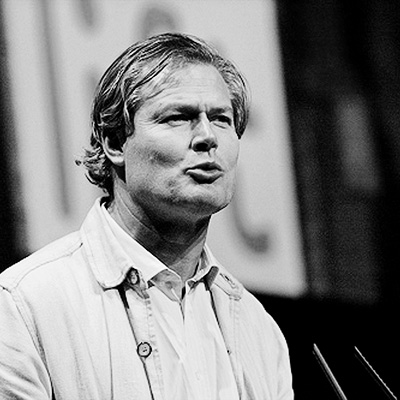 Gunter Pauli built the first ecological factory as former CEO of Ecover. Gunter is author of ‘The Blue Economy 2.0’, in his book he describes 100 sustainable and ecological innovations that will lead to 100 million jobs worldwide in the next 10 years. Originally it was a Report to the Club of Rome. In 1994 Pauli initiated the Zero Emissions Research and Initiatives (ZERI) and targeted redesigning production and consumption into clusters of industries inspired by natural systems. 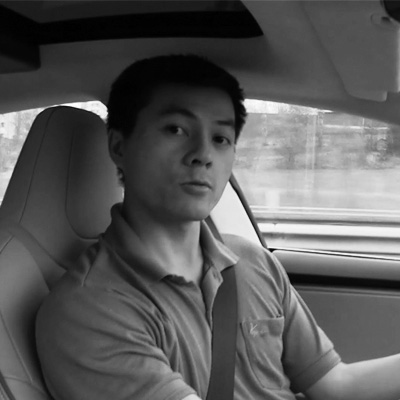 Norwegian Tesla owner Bjørn Nyland describes why Model S is the perfect car to own in a country where winter lasts for four to six months a year. On his YouTube channel he regularly posts videos on what it’s like to drive a Tesla car close to the North Pole. 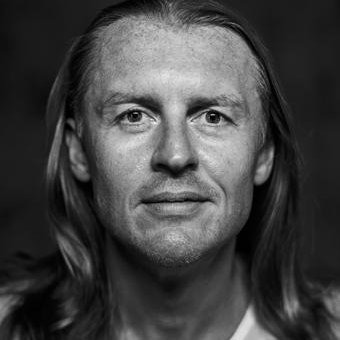 As Strategic Director at Brandhome, a go-to-market agency, Erik Saelens will talk about the future of marketing and its necessary collaboration with the technology department. In his talk he will be referring to Tesla Motors and other disruptive marketers, who build a global community with their innovative products and services without any marketing strategy or spending a single marketing dollar. Erik will share his vision and insights on the new era of marketing.

Tesla World is delighted to welcome Ronnie Belmans, CEO of Energyville. Energyville is an energy research institute in Flanders, with extensive and integrated expertise in smart grids, storage and markets. Independent from politics, companies or industries, Energyville is experienced in customising products and ideas within framework models. With a strong network and its own labs & equipment it is one of the top energy centres in Europe. 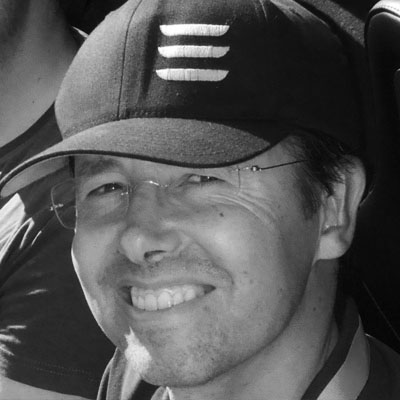 Rafael de Mestre is an altruist and idealist who strives to make the world a better place. His ultimate goal is to get rid of the fear of electric cars in the public perception/in the eye of the public. Electric Vehicles nowadays suffer from a lot of stereotypes. To disprove these, Rafael did something daring. He undertook a round-the-world journey with an Electric Vehicle in just 80 days. Since then, he has set some records. To date he remains the fastest electric global circumnavigator ever. 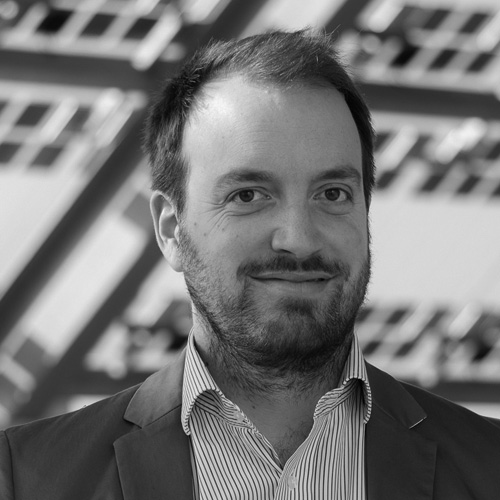 Jean-Didier Steenackers is a graduated architect (Faculty of Architecture, Architectural engineering and Urbanism at LOCI-UCL, Brussels) who has been specialising in solar technologies since 2004. The parallel developments of solar buildings and electrical vehicles made him recently work on important solar loading stations for Elia, Tesla Supercharger net and Formula-E races, as well as storage units. These units are completely integrated in his most recent projects. His keynote will cover Future Solar Design for Private & Public Tesla Charging Units. 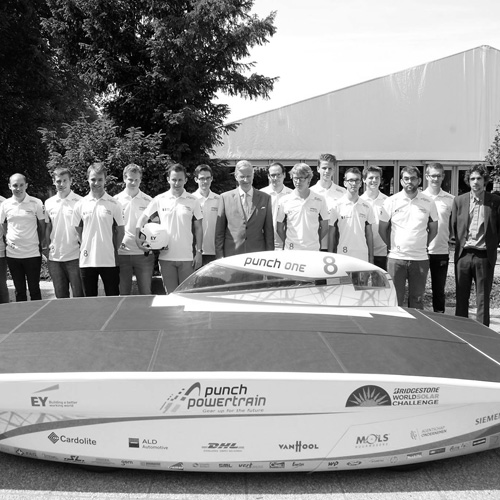 The Solar Team is a young group of seventeen student engineers of the University of Louvain. Their ultimate objective is to develop a new car that operates solely on solar energy. At this moment, we are fully concentrating on building the 6th Belgian solar car. For the duration of more than one year, the entire team has been investing all its effort, knowledge and energy in this project, in order to appear at the start of the World Solar Challenge in Australia, October 18 2015. 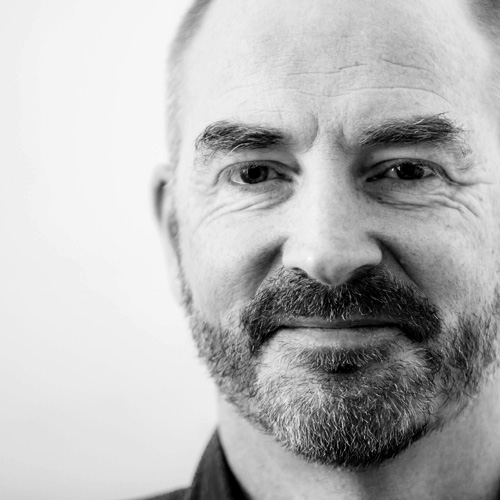 Raftery is an IT Industry Analyst for RedMonk, based in Seville, Spain.

Tom’s focus is on energy efficiency, CleanTech, and demand management. He offers advisory services to help a range of organisations to gain more insight into how upcoming issues will affect them. Tom’s expertise helps companies to market more effectively, to save money, and to improve alignment among management, business and staff. 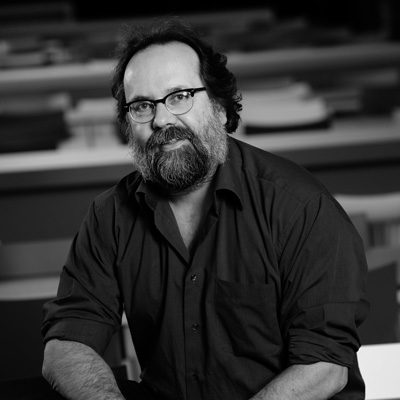 Maarten will talk about ‘The future of automobility‘. 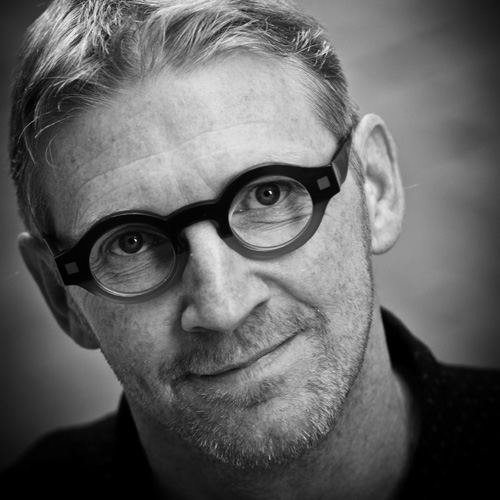 Herman Konings, built in 1964, is a Master in theoretical psychology (Catholic University of Leuven) and managing director of the Antwerp agency for trend analysis and future research Pocket Marketing/nXt. As a trend analyst and consumer psychologist Herman offers advice, holds workshops and gives lectures for companies, societies, governments and higher education about societal trends, changes in human behavior and expectations for the future. 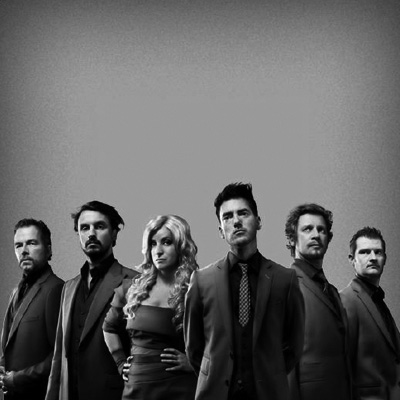 Following their succesful show ‘Letter Be Light’ which has been brought to stage 120 times, ‘Les Truttes’ are proud to present a brand new spectacle in 2015, called ‘POPAGANDA’! Since 1996, the revolutionary band ‘Les Truttes’ has set a new standard in entertainment, bringing a refreshing cocktail of music and comedy with a hint of witty self-reflection. Eager to confirm their unique character and quality, they have been pushing the line ever since, in order to perform Harder, Better, Faster, Stronger! ‘Les Truttes’ are not ‘just another cover band’ … They are, what you may well call ‘The Original Coverband’! Or to say it with a quote from Bono: ‘Even Better Than The Real Thing’! This year, they will not only play music… they have a story to tell, a total spectacle to present, a show which will leave no one in the audience unmoved, because ‘Each Show is a true ‘Live-Experience’! This year, Les Truttes stand up, raise their fists and wave flags to claim their own Right to Fame! POPAGANDA! With new costumes, new stage designs and new songs! Come and see, experience, believe and… obey LT! 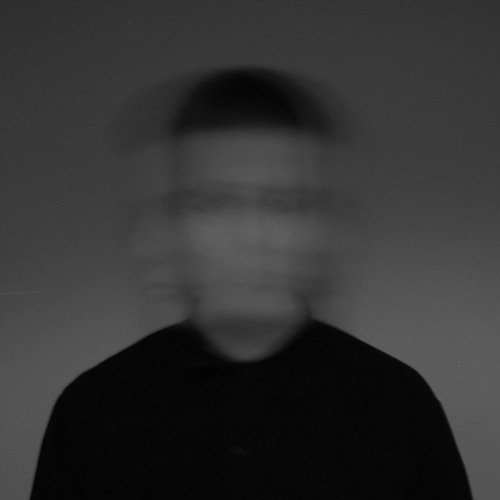 More info to be announced soon!

Tesla World gives you a glance at driving, working and living in the future. Participants immerse themselves completely in a world of innovation and engagement. Topics such as energy, economy and social aspects shall be broached in order to meet the expectations of an audience which is always on the look-out of new insights. Tesla World proves that a different approach is possible, through the rEVolution. Tesla World and peers are on the move towards a brighter, cleaner future which works efficiently…

Tesla World unites visionaries and keynote speakers on sustainable future and is always on the lookout for fresh and disruptive ideas.
Fill out the form below to signup as a possible speaker on one of our next events.